Match rusty Super Eagles of Nigeria grounded with inexplicable ability to fly had their wings clipped by the Desert Foxes 0-1 in an International friendly in Austria. 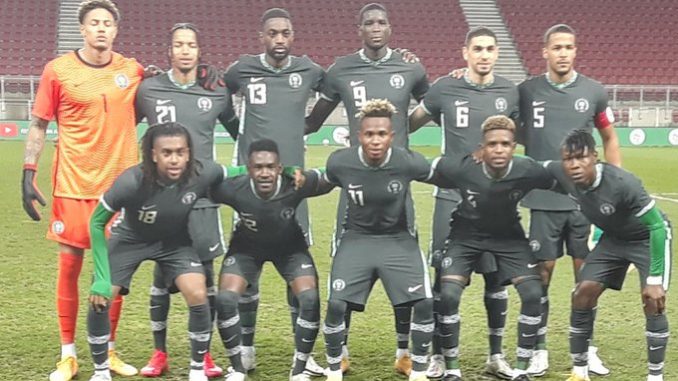 It was their first outing in 2020 and the old fox, Ramy Bensabaini sporting the no 21 jersey lurking around the Super Eagles defensive area tipped in the winner in the 6th minute of play.

The Algerian defense was solid and disciplined that the Nigerian attackers found it difficult to penetrate.

Geht Rohr tried so many tricks in the books bringing in several players to upgrade debutantes Samson Tijani and Sanusi Zaidu but there was no spark until old war horses Ahmed Musa and Kelechi Ihenacho came in yet they shot blank.

Super Eagles had lost to the African Champions in the last Cup of Nations and football pundits felt it was time for Eagles to peck the foxes silly but Rohr had said before stepping into the field that it would be tough.

Typical of Nigeria’s style of play, the Nigerian defense leaked severally thanks to Okoye in goal but Alex Iwobi marshaled the midfield marvelously spraying passes which the converting legs of Nigerian attackers refused to go Hitech for goals.

Super Eagles will need to do real air battle with the Carthage Eagles of Tunisia on Tuesday at 1930 hours to win or go down from their 29th spot on FIFA ranking.

IGP orders withdrawal of senior police officers from CSP and above from EFCC.